Call Raffensberger Photography & Framing to schedule your photography session today, or speak with one of our friendly associates about custom framing. The studio is conveniently located in German Village just south of downtown Columbus.

Sunday by Appointment Only

Complete the form below, or email directly at: neal@raffensberger.net 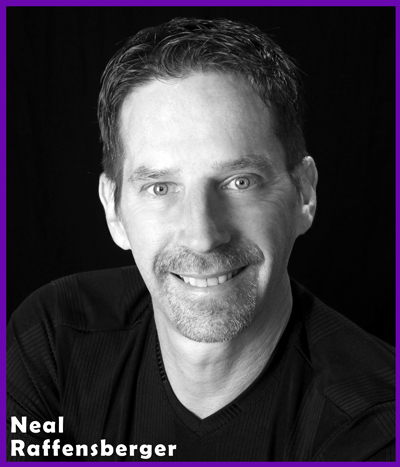 Every good photographer from the days of film knows it’s all lighting, timing, and chemistry. But to the rest of the world, photography was complete magic and sleight of hand. It was all in the wrist. When Neal Raffensberger was 4years old he spent hours in the basement of his family home, under the dim red glow of a safelight, while his father, Roy Raffensberger, printed images he’d taken for customers of the original Raffensberger Photography. Once Roy handed young Neal a white sheet of exposed photo paper to submerge in the developing tray. Neal was completely moved by the ghostly image that materialized before him at eye level. It was magic, and he was hooked.

On March 6th, 2020, Neal Raffensberger celebrated the 25-year anniversary of his brick-and-mortar incarnation of the family business. He says: “I create tangible heirlooms that become treasured family memories. I see people commit their lives to each other in marriage, and get to watch my repeat customer’s children grow up from behind the lens” It’s still magical for him all these years later. Neal reflects on the history of Raffensberger Photography and how it has changed since his parents began the home-based business.

In 1959 Roy Raffensberger met Patricia Yoe while she was working at her parent’s business at  Rickenbacker Air Force Base soda shop “Frosty’s”. Roy was stationed at Rickenbacker where he was an Air Force photographer. They married in 1960, and by 1966 had four children. “Dad was always taking pictures, and Mom running the business.” Neal was fascinated by photography and learned all that he could from his dad growing up. Once he was old enough to “behave himself”, Roy would take Neal along to his clients’ weddings. By the age of fourteen, Neal shot his first solo wedding and became a paid employee of Raffensberger Photography. In 1985, he earned a degree with a major in portraiture from the Ohio Institute of Photography. But upon his return to Columbus, he found that no one would hire him. A seasoned photographer went so far to tell him that he had “no intention of training someone who would become a competitor in a few years”. For a while, Neal worked in frame shops learning the craft of custom framing, and at photo labs printing others’ images. It was during these soul searching and formative years that tragedy struck. First, Neal’s older brother was unexpectedly killed in an auto accident in 1985. Then in 1991, Roy Raffensberger, Neal’s father and mentor, suddenly passed away from a heart failure. Four months later, Neal’s partner passed away. It was a dark time. His mother, Patricia, turned the family business and all of his father’s equipment over to Neal. On March 6, 1995, at Whittier and South High, he opened the doors of Raffensberger Photography & Framing, offering portrait photography and Custom Framing.  It was the first time in 35 years that the business had a storefront.

During the last twenty years, a lot has changed in the photo industry. In 2004 the studio bade farewell to film and went completely digital. Neal credits some of his employees for ushering him into the digital age. He admits, “I would intentionally hire young people who could teach me Photoshop, while I taught them how a professional studio was run. “We learned a lot from each other.” One thing that did not change was the relationship with his printer. R&L Color Lab processed both Roy and Neal’s film, and because R&L was able to evolve with the changing technology they are still providing Raffensberger Photography & Framing with amazing professional prints. In a time when most snapshots go straight to Facebook or a hard drive, and most prints are made on inkjet printers, Neal finds it more important than ever to offer quality photographic prints that will stand the test of time to become family heirlooms. It’s the human connection, the history, that drives Neal as strongly as that first magical print, coalescing in a chemical bath before his eyes. It’s even the reason for the placement of his studio. Raffensberger is a thoroughly German surname, so it made logical sense to locate his business in historic German Village. Neal felt his business would be a good fit there, and it worked out beautifully. When it was time to upgrade to a better location in 2009, Raffensberger Photography & Framing found its new home at 347 E. Livingston, at the opposite end of German Village from the original studio. The pressed tin ceilings and exposed brick arches of the new studio lent themselves perfectly to Neal’s personal connection with history, and he felt at home all over again. There, Neal has expanded the business even further, offering a wide variety of photography services, such as weddings, family portraits, executive headshots, model shots, publicity photos, high school senior portraits, pet portraits, passport photos, on-location shoots, corporate, and product photography. On the Custom Framing side, Raffensberger offers more than 4,000 framing samples, endless mat options, and conservation framing with both conservation and museum-grade glass. He specializes in custom-designed shadow boxes, jersey framing, and multi-opening collage framing.

Neal Raffensberger is grateful. He credits his success with the early mentoring of his father, the sharp business wit and support of his mother, partner, family, friends, employees, and vendors. But Neal is most gratified by the clients who continue to share their lives with him, their moments; their milestones and triumphs. Neal knows in his heart that, besides being amazed by how much photography has changed, “Dad would be incredibly proud of me”.